The Volkswagen Goes to War

Acknowledged as one of World War Two’s most versatile and successful light vehicles, the Type 82 ‘Kübelwagen’ had to struggle to gain acceptance by the German military 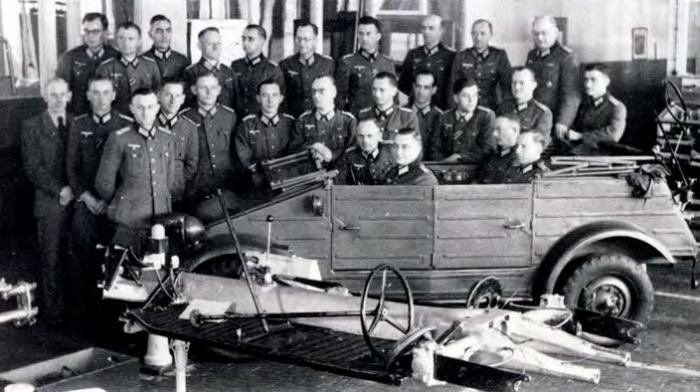 Part and parcel of the launch of the Type 82 was the need to train military personnel in its servicing. A class gathered for instruction in such matters as its rear-hub gear cases, whose lubrication was often neglected 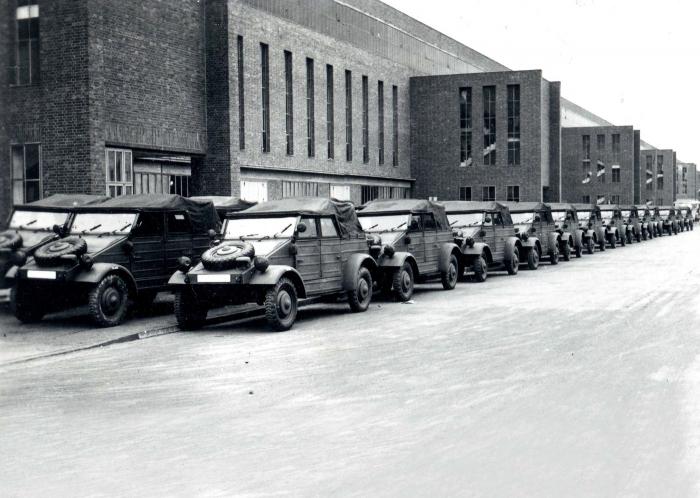 Although late to the party the Kübelwagen was soon to make its mark. Pictured outside the works was a swathe of the model which was designated the Wehrmacht’s sole Light Uniform Passenger Vehicle by the end of 1941.

The final design of the KdF-Wagen, later known as the Volkswagen, was completed by 1938. Although its creation was a team effort, orchestrated by chief engineer Karl Rabe, this historic car’s creator was incontrovertibly Ferdinand Porsche. Inventors galore had proposed and built small air-cooled rear-engined cars but it took a Porsche to make such a car a high-volume production reality.