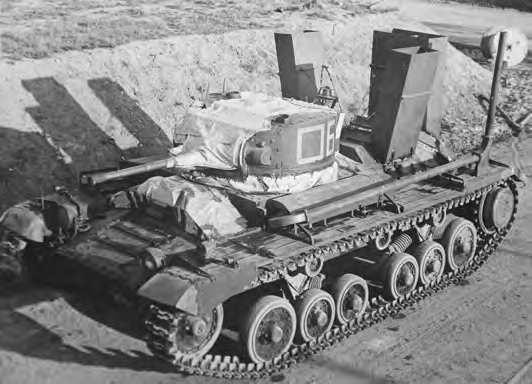 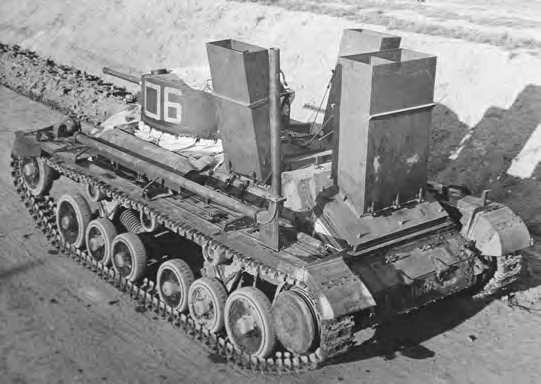 In October 1942, the British Fighting Vehicle Proving Establishment (FVPE) at Chertsey was tasked with writing a report on the ‘Special Devices’, as they were officially called, that enabled a Valentine tank to wade through 5ft of water without the engine getting flooded and the tank coming to a stop.

Another group of engineers were working on the Valentine tank Duplex-Drive DD version, which would enable the tank to swim ashore after being launched from a tank-landing craft some distance from the beach. DD tanks were expected to arrive on an enemy-defended beach with the first wave of assaulting infantry, but these troops and tanks would require reinforcements. It was expected that the second wave of tanks being transported on landing craft would be able to get closer to the beach, but they would require waterproofing up to a depth of 5ft as they drove off the ramp into the sea. Valentine tanks were available to evaluate new waterproofing methods that could later be adapted to be used on more modern tanks like the Sherman, Cromwell and 25pdr Sexton Self-propelled artillery gun.