During the war in Afghanistan, a patrol from 42 Commando Royal Marines was isolated in Nad-e Ali almost at breaking point for a period of six months. Its legacy stretched on for years 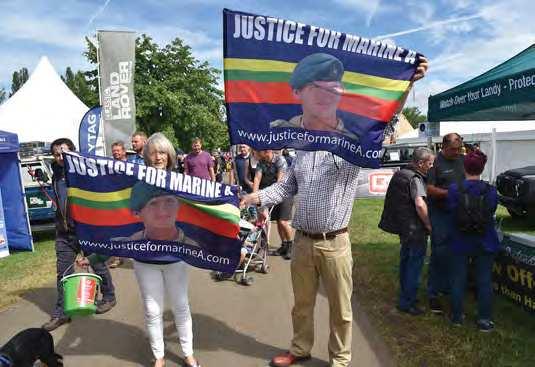 When I was at school there was a spell when we all seemed to be reading newly published novels by Frederick Forsyth, a former RAF pilot, they included The Day of the Jackal (1971), The Odessa File (1972) and The Dogs of War (1974). The last of these was about a Royal Marine but I hadn’t read much else of Forsyth’s for 40 years until his name appeared in the papers in 2015 in connection with the story of another Royal Marine, the man generally being referred to as ‘Marine A’.

At this stage the anonymous Marine A, had been convicted of murder for shooting a wounded prisoner and, although his sentence was reduced, the conviction had been upheld at the appeal stage. He had become the first British serviceman convicted of murder on a foreign battlefield since World War Two.