War on the ‘Roof of the World’

The invasion of Tibet in 1903 was a bizarre chapter in British history. Steve Snelling charts a clash of cultures through the eyes of a young officer with a hand in its most notorious conflict 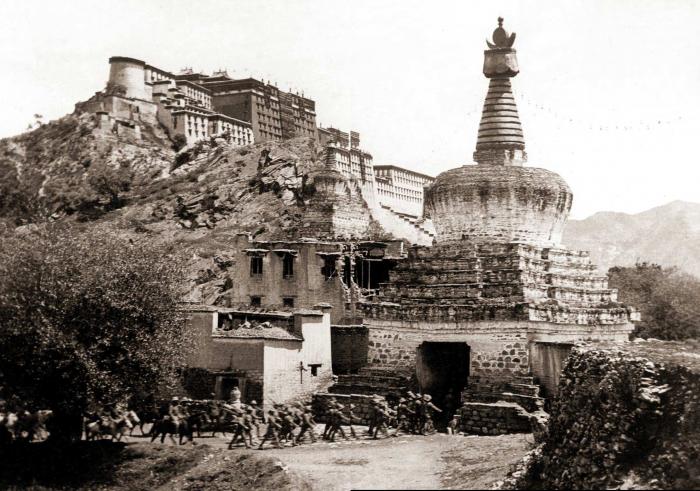 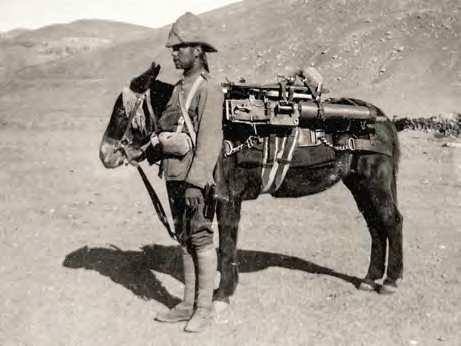 ABOVE AND RIGHT: THE MACHINE GUN SECTION WITH THEIR MAXIMS LOADED ONTO MULES IN READINESS FOR THE GRUELLING MARCH ON LHASA RNRM 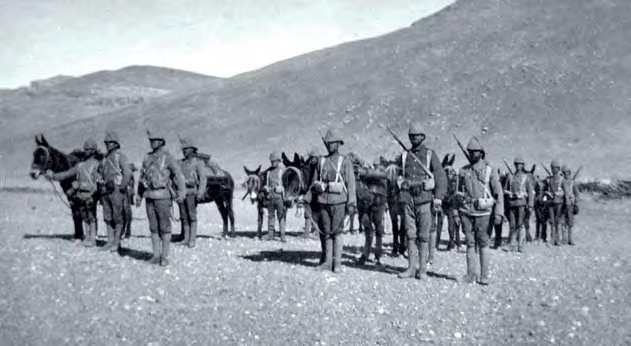 The stumbling descent was treacherous and trying in equal measure. Slippery with ice and strewn with loose boulders, the windswept Himalayan trail was girdled with 1,100 British, Gurkha and Indian troops, 10,000 porters and 16,000 laden bullocks, mules and yaks.

How they crossed the 14,400ft Jelap La Pass from Sikkim to Tibet was a mystery to Arthur Hadow. In a letter home, the 22-year-old subaltern observed: “The track, for it could hardly be called a path, was most precipitous. It was not easy for a man, much less so for a mule.”