Without amphibious Water Buffalos, the Allied liberation of the Low Countries may not have succeeded. Leslie Amos drove an LVT-4 Water Buffalo during the 1944 operations. Clare Westbrook met with him to hear his story 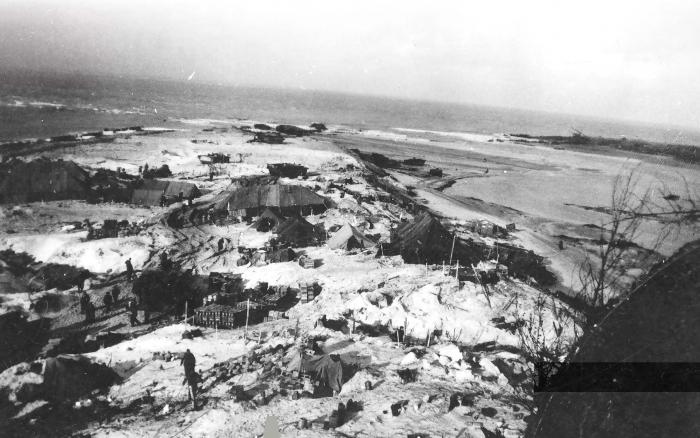 Leslie Amos was 19 years old when he took part in the Allied operations to liberate Belgium and Holland, but he’d already been in the British Army for five years.

He joined as a Royal Engineers apprentice carpenter, aged 14; enlisted as a regular soldier at 18; then joined the Royal Engineers Assault Squadron, where he learnt to drive a Churchill tank.

He was co-driver for a few tank actions in Northern France, but by the end of August 1944, there were rumours they wouldn’t be using the Churchills again.

With others, Leslie was posted to a holiday resort beside a river, where they were taught about working in and on water. After about a week, an unusual tracked ‘tank’ was delivered – the LVT-4 Water Buffalo.