The LVT-2 was designed and built in 1942 by that strangely named organisation the Food Machinery Corporation, although when production was expanded other firms came on stream, writes David Fletcher 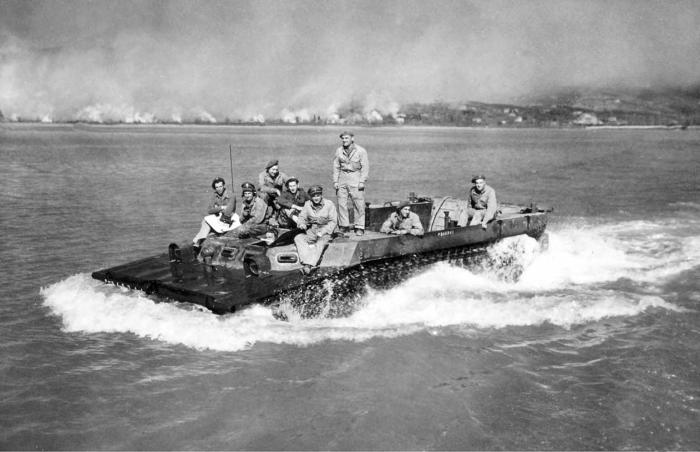 An LVT in US service, probably on Lake Comacchio in Italy

The LVT-2 was designed to improve on certain features of the original LVT-1 which were found wanting.This is hardly surprising; the LVT-1 was the first of its kind, adapted from another vehicle with no military associations. One LVT-2 survives at a US Marine Corps Museum in California and there is a rebuilt one in the museum at Utah Beach, Normandy, commemorating the fact that some LVTs were used experimentally as load carriers for ship to shore operations on D-Day.