What Did You Do in The War, Mum?

The challenges of life in wartime meant married women could struggle to keep house, but nonetheless their efforts at home and for voluntary organisations helped keep Britain going 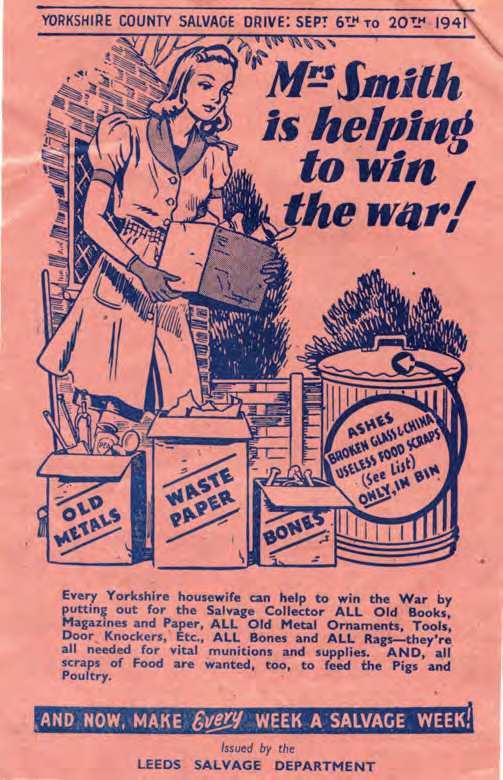 ALL IMAGES VIA THE AUTHOR

Above: As domestic controller of the home, government propaganda targeted housewives with various war demands: in 1941, the Yorkshire County Salvage Drive asked the 'Mrs Smiths' to donate their kitchen waste, as this illustrated leaflet shows. Rare, £20

During World War Two, one of Britain’s biggest armies received no uniforms or medals. Nor is there any official history or monument recounting their struggle. Yet the war on the Home Front could not have been won without them.

John B Priestley, in one of his BBC radio Postscripts, said: “It is ten times harder being a decent housewife and mother during a war than it is being a soldier. You have to make a far greater effort to keep going, for you have no training and discipline to armour you… [and] womenfolk have more and more responsibilities piled upon them.” Priestley may have been laying it on a bit thick, but the point stood: the housewife’s lot was more complicated and strenuous than ever.