Chieftain, one of the biggest vehicles on show

Firmly establishing itself on the circuit, Wicksteed at War’s free to enter (apart from the car-parking) family weekend is going from strength to strength, with more than 200 military vehicles exhibited, two battle re-enactments each day and around 15,000 attending this year’s event in the glorious June sunshine, although sadly it was too windy for the planned BBMF Hurricane and Spitfire fly-past. A Russian T-72 and a British Chieftain tank were the biggest and heaviest armour in attendance, but there was a large variety of APVs and smaller vehicles of from military Jeeps and Land Rovers, bikes, ambulances and Hinckley Home Guard won The Best in Show Rose Bowl with their ‘American convoy meets the Home Guard’ theme and attention to detail. Their impressive display featured a 1942 Diamond T, 1943 GMC CCKW 353 and a 1935 Dennis bus replica. 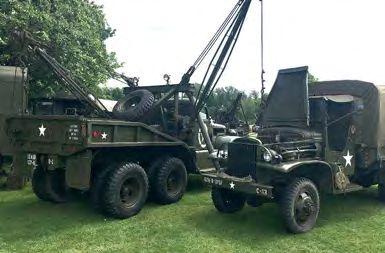