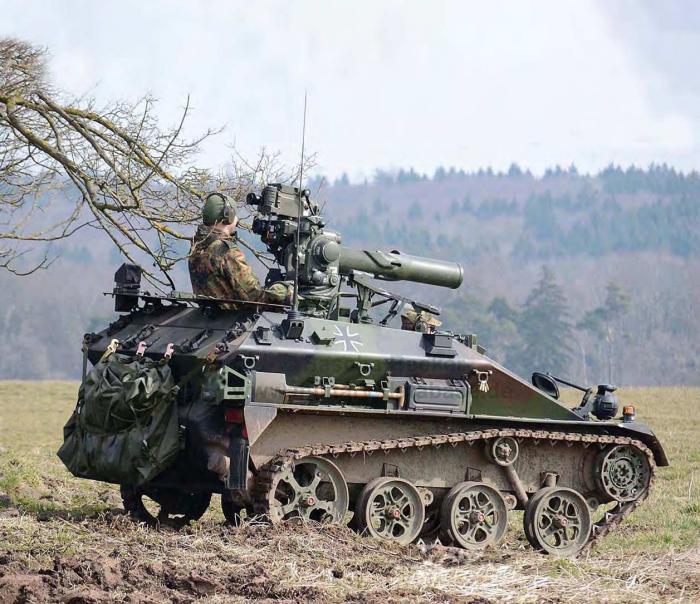 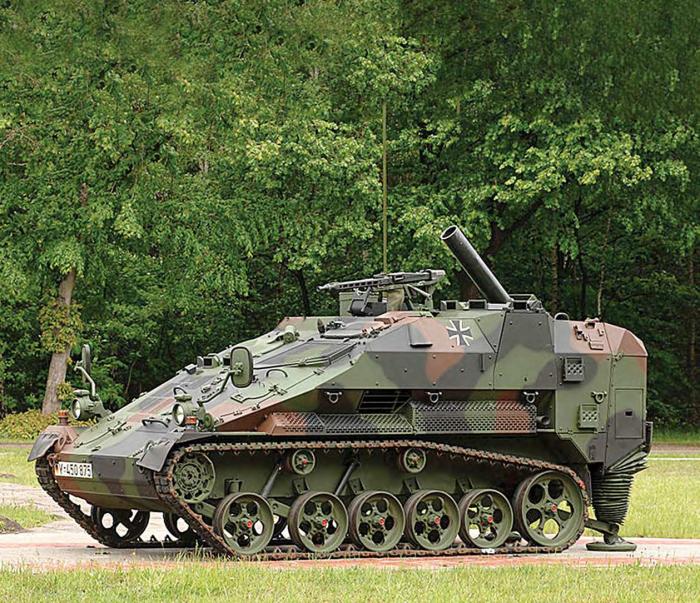 The Wiesel is a diminutive, armoured vehicle specially developed for use by the Bundeswehr’s Paratroopers. Designed to be easily air-portable it could carry a variety of weapon systems and was originally intended to provide fire support and battlefield reconnaissance.

Later versions included an ambulance, APC, mortar carrier and surveillance variants with a larger Mk2 version being developed. By way of contrast, British airborne forces have mostly relied on unarmoured Land Rovers in these roles.