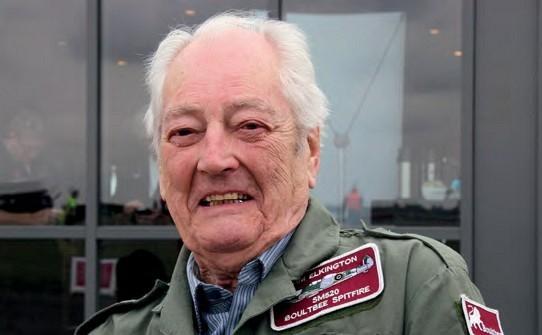 ONE OF the last surviving veterans of Churchill’s ‘Few’ and the RAF Hurricane Wing in Russia died on 1 February, aged 98, writes Melody Foreman. Wg Cdr John Francis Elkington, always known as ‘Tim’, was born in Warwickshire in 1920, and after attending Bedford School was trained to fly at RAF Cranwell, joining 1 Squadron at RAF Northolt, now Greater London in 1940 aged 19.

On 15 August he shot down a Bf 109 and the following day was chasing a solitary Bf 109 towards the coast when his Hurricane was hit in the fuel tank, forcing him to bale out. He safely descended near Chichester and recovered from his injuries at the local hospital.

He was back with his unit within days and on 9 October probably destroyed a Ju 88 and then on the 27th sent a Dornier 215 crashing into the Channel. By August 1941, following the German invasion of the Soviet Union, he set sail with 134 Squadron, as part of 151 Wing, to operate Hurricanes in the Murmansk area providing tutelage on the type for Soviet aircrew.

Between September and October Elkington bravely served as a bomber escort where he shared in the destruction of a Ju 88. By mid-November 134 Squadron had returned to England.

In 1942 he was posted to 539 Squadron to fly Turbinlite Havocs from Acklington, Northumberland. From here he joined 197 Squadron in January 1943 and by September was in India flying with 67 Squadron.

Throughout his career Elkington survived several terrifying ordeals. At one point he was a CAM pilot, flying rocket-assisted Hurricanes on sorties from converted merchant ships in order to protect convoys. He escaped a fume-filled cockpit of a Mustang soon after takeoff, cheated death when testing a Japanese Zero and landed a stricken aircraft despite being overcome by fuel fumes.

In the autumn of 1946, he returned to the UK and married Pat Adamson in 1948. In 1975 Elkington retired as a wing commander having also served at HQ Fighter Command. In March 2013 he was presented with the Arctic Star medal at 10 Downing Street. Tim Elkington, who lived in the Cotswolds, is survived by his wife Pat, two sons and two daughters. 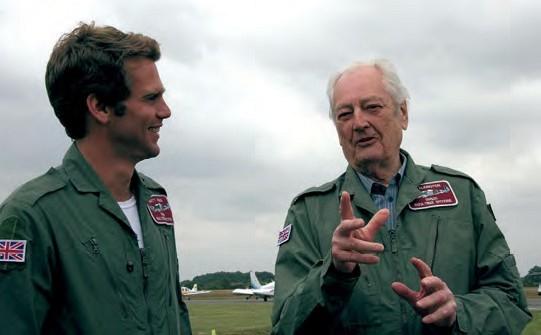 Tim with Matt Jones of the Boultbee Flight Academy in 2011.
(PETER R ARNOLD)

Tim Elkington during his RAF service days.
(VIA AUTHOR)