Winning the War from the FLOORBOARDS

BATTLE OF THE ATLANTIC

It was arguably the most critical campaign in British history, yet the outcome of the Battle of the Atlantic may well have rested on the shoulders of a retired naval commander, his staff of Wrens, and some chalk. Ellie Evans investigates 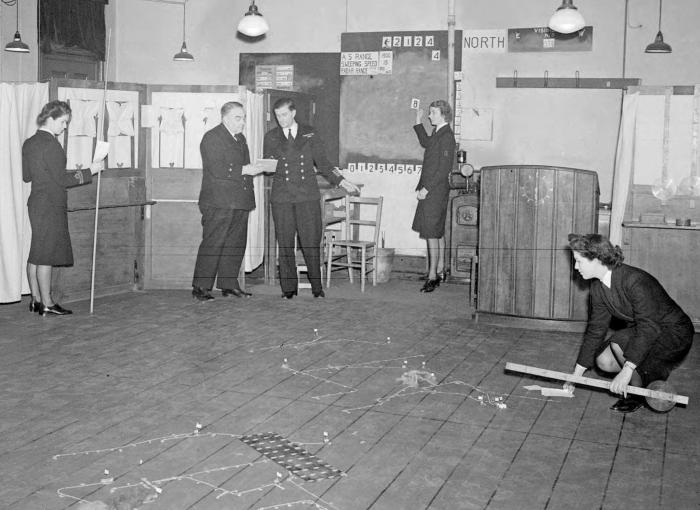 THE INSIDE OF THE TACTICAL TABLE, ON WHICH THE GAMES ARE PLAYED: THE WREN OFFICER ON THE LEFT, SECOND OFFICER LAIDLAW, IS READY TO GO OUT TO THE PLAYERS OF WHOM SHE IS IN CHARGE TO INFORM THEM WHAT HAS HAPPENED IN THE PREVIOUS MOVE
IWM A27818

In January 1942, vital supplies from North America and the Empire were under serious threat from German U-boats and commerce raiders as they crossed the Atlantic. In a two-storey bunker beneath Liverpool’s Derby House, the Western Approaches Area Combined Headquarters was a hive of activity for the Royal Navy and RAF.

As both worked to plot what was happening at sea and protect the Western Approaches, U-boat wolfpacks were ravaging convoys, resulting in the heavy loss of ships, lives, and the precious food and war supplies sent to sustain Britain. Facing starvation and with ships being lost almost as fast as they could be built, action had to be taken.