Workhorse of the Third Reich

The unique Kettenkrad was known for its amazing capabilities during World War Two, having served on various fronts during the conflict 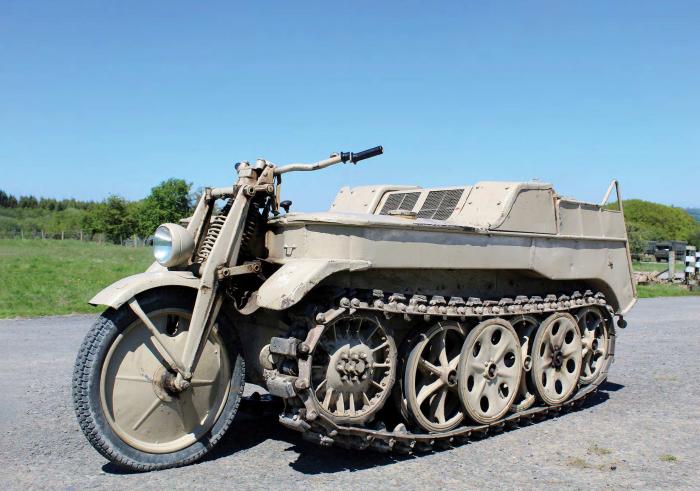 The history of the Kettenkrad featured in this article is an interesting one. Before it was bought by current owners Bob and Trish Fleming, it had belonged to an aristocratic family who purchased it directly from the factory in 1945 and had it registered as an agricultural vehicle.It was used on the family’s estate for 50 years, but when it developed steering problems, was loaned to a local museum. When the head of the family died, the Kettenkrad was returned to the estate where it remained until Bob and Trish took ownership. However, one of the conditions of the sale was that the previous owner’s family name would remain secret as they wanted the machine to be disposed of discretely. They were somewhat embarrassed to own a vehicle associated with the Nazi regime.