As Mark Khan reveals, the collecting of militaria items can cover fields far more wideranging than uniforms, medals and weaponry. In this month’s feature on militaria collecting he takes a look at collecting the various ration packs issued to the combatants of the Second World War. 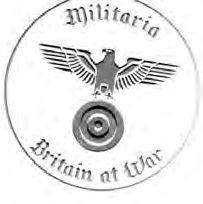 The phrase ‘An army marches on its stomach’ has been attributed to both Napoleon Bonaparte and Frederick the Great. Whoever the originator, the importance of feeding an army is paramount. It is vital that both food and water are provided to maintain an army’s operational capability. Rations not only sustain, but they are an important factor in building morale.