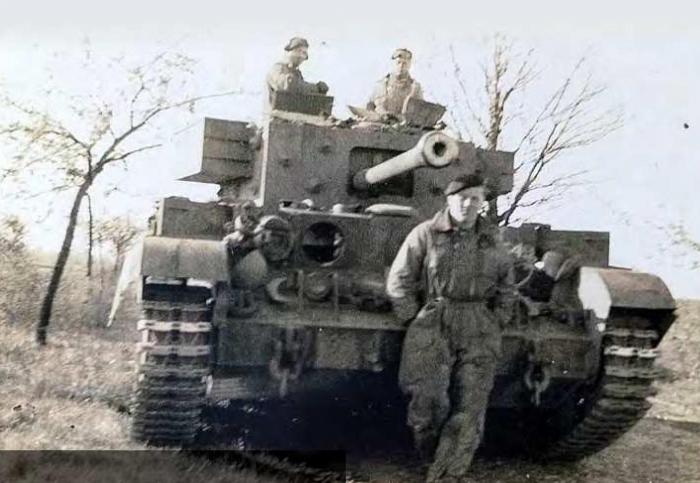 World War Two veteran Richard Aldred got to see a model of the tank he drove in the war during a visit organised by the Royal British Legion Camborne branch.

Visiting the Cobbaton Combat Collection in Devon, 98-year-old Richard Aldred had the chance to see an array of military vehicles, two of which he drove during his service: the Churchill – the tank he learned to drive on aged 18, and the Cromwell – the tank he drove for most of his military career.

Richard was invited to the museum by Steve Nicholls, president of the RBL Camborne Branch. The pair originally met through the Royal British Legion’s ‘Telephone Buddy’ scheme.

The scheme offers companionship, support, and a friendly ear to anyone who is feeling lonely or isolated. Steve signed up to help, being paired with Richard and his partner Joy. Steve began calling the couple in February 2020, and two years later he continues to call Richard every Friday morning.