You can’t beat a good book

Of the ways in which The Tank Museum sought to raise funds since the pandemic hit, self-publishing books have been among the more successful. 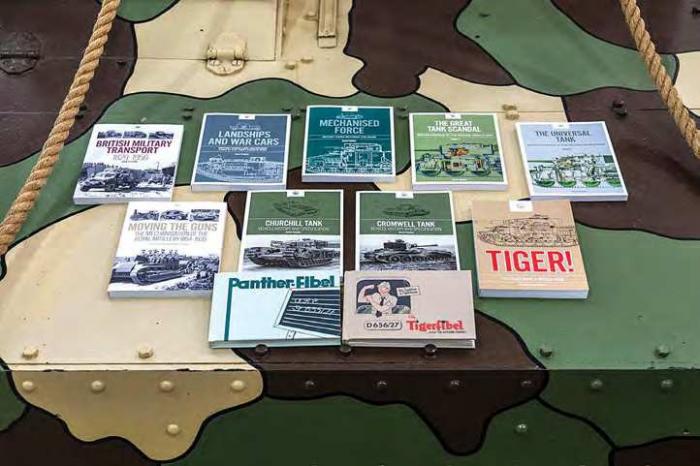 Since 2021, we have raised more than £350,000 in revenue from the publication of nine books on The Tank Museum’s own imprint.

If you consider it costs around £400,000 per year to run The Tank Museum’s workshop facility, you can see the importance of this income at a time when the economic outlook seems little better than it did during the height of COVID.

The majority of these titles were books previously published by the now-defunct HMSO publishing arm and written by David Fletcher during the 1980s and early 1990s.

With copyright reverting to the original author, David gifted his manuscripts to The Tank Museum to republish with a 21st-century makeover.

These HMSO titles were David’s first as an author, making him a pioneer in the study of armoured warfare.

Having already spent many years researching the archives of The Tank Museum, he was among the first to exploit its riches to create a coherent and scholarly narrative of the events and developments he discusses.