One of the star attractions at Tankfest 2022 was an M-50 Sherman tank painted blue. Craig Moore reports 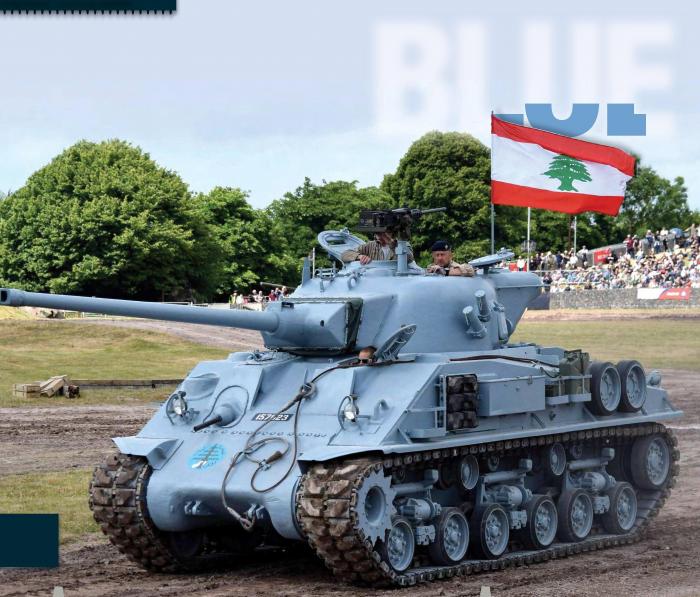 Frank Wood and Lee White are part of the Eden Camp Modern History Museum’s heritage restoration team. I chatted with them at Tankfest earlier in the year about the museum’s M-50 Sherman which was drawing a lot of attention from visitors to the show.

Eden Camp obtained the tank in 1991 from the Budge Collection which had purchased it via a dealer in Israel. It had last seen action in the Lebanese Civil War. It stood as a static display at the museum for many years as it was not purchased as a running vehicle.

Before the tank could be exported, Israeli authorities demilitarised the tank. They cut in half the primary output shaft while the clutch and the main gun hinge pin were removed. Fortunately, large holes were not cut in the armour as is the requirement in some European countries.