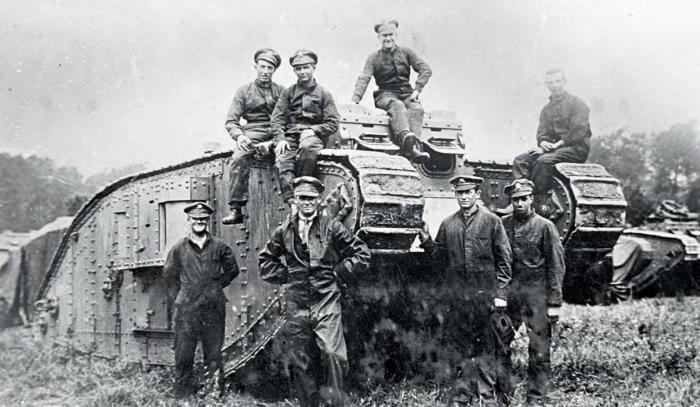 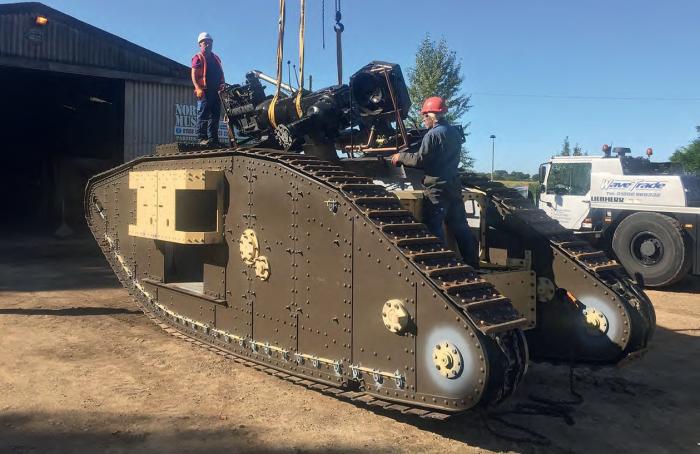 The drive train being lowered into the tank, real progress for a fine summer day 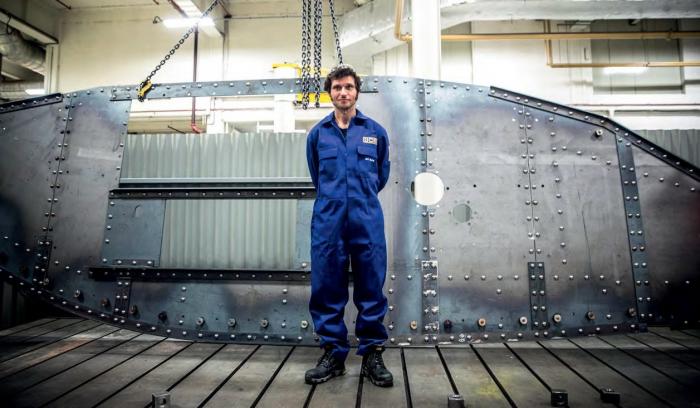 In the summer of 2017 I unwittingly stumbled into a secret. I was on a visit to the Norfolk Tank Museum and in front of me, tarped down, was the unmistakable rhomboid shape of a World War One tank.

It turned out that hidden away was a replica hull of one of the MkIV tanks first used in the Battle of Cambrai on November 20, 1917.The tank was going to be built for a Channel 4 programme by mechanic and all-round daredevil television presenter Guy Martin.