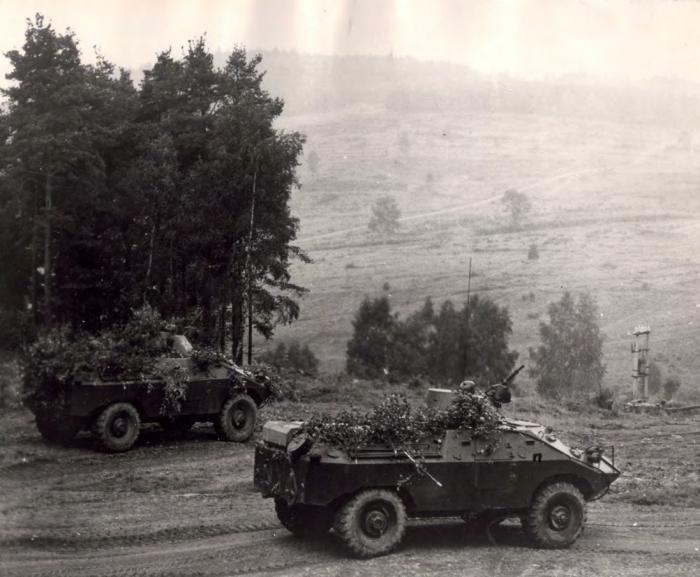 The original caption translates from French to “Manoeuvres of the Aries of the Warsaw Pact in Czechoslovakia. Military manoeuvres were performed under the name of ‘Bouclier 72’ on Czechoslovakian territory with the participation of the armed forces of Hungary, Deutsche Democratic Republic, Poland, Soviet Union and Czechoslovakia. They were commanded by General Martin Dzur, Czechoslovakian Minister of Defence. Czechoslovakian Armoured Cars attack an enemy position.”

Those of us who remember the 1960s and 1970s will no doubt recall that the Cold War was no joke; the metaphorical Iron Curtain hung low across Europe, the British Army of the Rhine (BAOR) had numerous bases in Germany, as did the US Army, the Berlin Wall stood tall and tensions waxed and waned from time to time. It all ended suddenly but, recently, there have been renewed tensions, comparable with the earlier Cold War-era, with the Russian annexation of the Crimea.