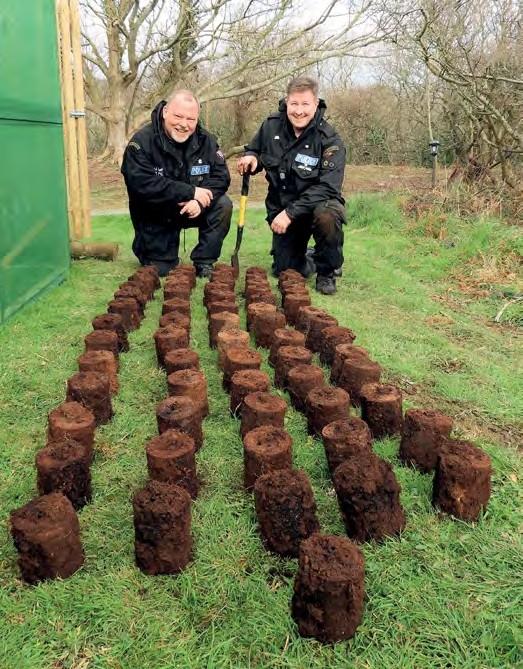 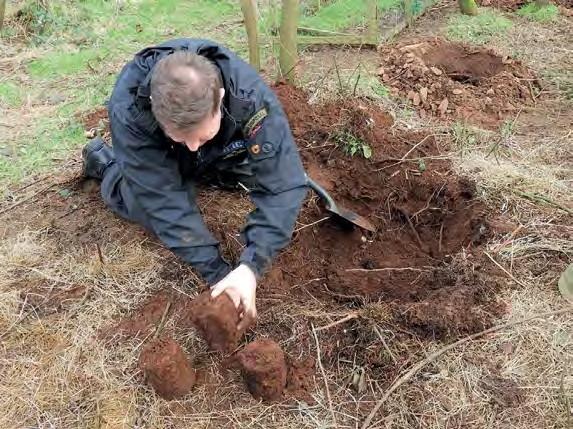 ON THURSDAY, 9 February 2017, bomb disposal officers from Guernsey Police were called to the tiny island of Sark following reports of the unearthing of a number of Second World War German anti-personnel mines, writes Simon Hamon. The initial report stated that four mines had been unearthed whilst holes were being drilled during fencing work in the area at the top of Harbour Hill known as La Friponnerie.

Like the other Channel Islands, Sark was occupied by German forces from 1940 until liberation in 1945. Despite having a population of just a few hundred, and being little more than two square miles in extent, Sark, which is just twenty-four miles off the coast of northern France, was heavily fortified by the Germans, work which included the laying of extensive minefields. These utilised large numbers of antipersonnel mines, including S-mines (Schrapnellmine, Springmine or Splittermine in German). A cylindrical mine containing 360 ball-bearings, these were referred to by British troops as a ‘Bouncing Betty’. A primary charge launched a base plate containing the main charge and the ball bearings which would be projected up to about three feet high, before the main charge detonated scattering the ball bearings in all directions. It was lethal with a radius of about twenty yards, but could inflict injuries up to 100 yards from the point of detonation.

During their work to deal with the mines, the Guernsey Police bomb disposal officers exposed a total of sixty-six S-mines. The Germans are known to have used two types of S-mine on the Channel Islands; the standard SMi-35 and the less common, later manufacture, SMi-44. The latter had basic economy differences consisting of cardboard detonator wells, recessed fuze pockets and cut steel bars to replace the more expensive ball bearings. All of the mines in this latest cache were identified as being the Type SMi-44 (1944 Model). The mines were all removed from the site where they had been buried for disposal.

It is suspected that these mines were amongst those originally laid by German troops in The Avenue, Sark. This is now the island’s high street, but during the war it was the main road leading to the German headquarters and strong-point known as Citadella. Sibyl Hathaway, the Dame of Sark, recalled the task that faced the authorities after the liberation in 1945: ‘Now that the war was over, we had to set about the business of the rehabilitation of Sark, no trifling matter after five years of enemy occupation. There were 13,500 mines to be cleared off our land … Our roads had been left in a shocking state by the Germans, who had brought over not only cars but two French tanks. German prisoners were kept on the island for eight months to work under the Royal Engineers in order to clear the minefields and resurface the roads.’

Relatives of Manfred von Richthofen, the ‘Red Baron’, have settled his shoe bill in Oxford decades after he left it unpaid, it has emerged. The world-famous shoemaker, Ducker & Son, is closing as the managers, Bob and Isobel Avery, are retiring. As a result 11 volumes of customer records were sold at auction by Mallams. Within these files, an entry for 1914 shows a ‘not paid’ note on the Baron’s bill for 9s 10d - it is suspected he left to return to his home and fight. However, the bill had been settled by descendants in the 1970s, explained Mr. Avery; “The bill was mentioned in a joke and it was paid then… A few weeks ago some other family members came in and they recalled how the bill had been paid… It’s all part of the legend of Ducker & Son.”

A Great War serviceman who died of tuberculosis in April 1918 has finally been recognised as a casualty of war, 99 years after his death. Private Alexander Laird, of 4th Battalion The Cameronians (Scottish Rifles) was discharged from the Army as being “no longer physically fit for war service” as a result of his condition and died a few months short of the Armistice. Whilst soldiers who died after the war, up until 25 March 1921, are honoured, Private Laird was adjudged to have been dismissed, and thus, not listed as a casualty of war, despite also being shot during the Battle of Festubert in 1917. A joint campaign between the Neilston War Memorial Association (NWMA) and the Scottish Military Research Group has now seen the Commonwealth War Grave Commission accepting his death as a consequence of military service.