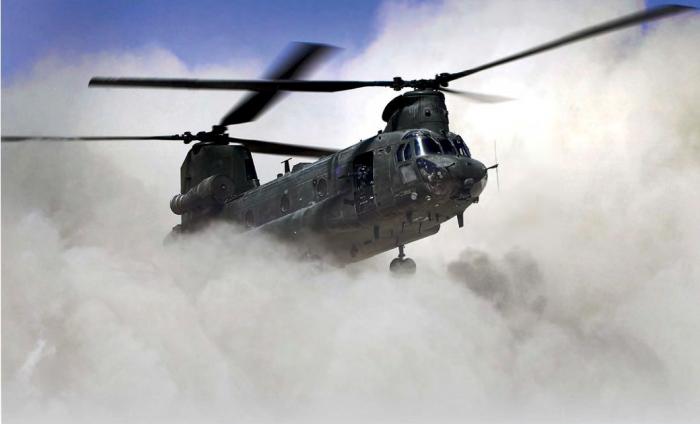 TODAY, THE RAF boasts an effective medical evacuation capability. Medical Emergency Response Teams fly armed Chinooks, with force protection on board, into hostile areas. They bring a lifesaving facility, a protected airborne A&E with facilities to deal with battlefield injuries and a team of expert medical personnel. They were the only aeromedical asset in Helmand with the capability to transfuse blood in the air, and could provide more advanced techniques, administer stronger medication, and anaesthetise. 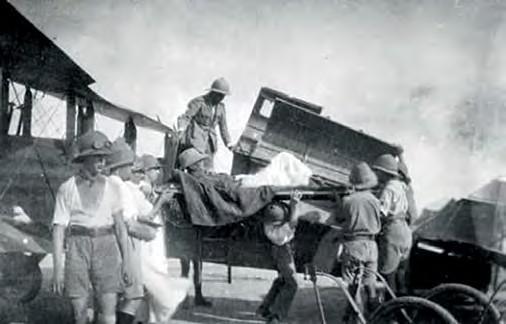 MERT teams save lives by getting treatment to casualties in the ‘Golden Hour’. Then, if required, adapted RAF C-17 and Voyager aircraft have the capability to move any patient, including the critical, to Britain. Between Army medics, MERT, local facilities, and the Aeromedical Evacuation team, a casualty can be on the way to the UK in 48 hours, and with one active and two reserve aeromedical squadrons, the capability is at the forefront of the RAFs priorities.

This lifesaving system is a stark contrast to events 100 years ago, where the British were advancing across the deserts of Egypt and regularly made gains against the Ottomans, but were dogged by ambushes set by Bedouin tribesmen. On 17 February 2nd Battalion Imperial Camel Corps set out to take Bir-el-Hassana. The unit reached the town at dawn on the 18th, and, taken by surprise, the garrison surrendered. The battalion encamped and sent patrols to intercept retreating Turks, one of which included Lance Corporal MacGregor.

MacGregor’s patrol was ambushed by a Bedouin in the employ of the Turks. The rapid firefight was typical of attacks by tribesmen, with the British quickly gaining superiority and forcing the tribesmen to vanish into the sands. However, the unfortunate MacGregor was hit. Army medics did their best but did not have the facilities to provide the life-saving care so desperately needed. Three days ride from the nearest medical facility, 44 miles away at El Arish, MacGregor was unlikely to survive the wound to his now shattered ankle.

One volunteer pilot, whose name is sadly lost, offered to fly MacGregor to El Arish. While MacGregor was unceremoniously strapped into observer’s seat of a B.E.2c biplane, the pilot told medics he could cover the distance in 45 minutes and, within the hour, the aircraft landed and the injured MacGregor was given immediate treatment. He survived.

A complete success, this was the first aeromedical evacuation flight. Although the British did not replicate the mission, or, indeed, formalise any aeromedical procedures, the ad hoc flight would over time develop into a capability which has saved tens of thousands of lives both in numerous wars and in civilian life.

A re-enactment of the historic aviation milestone will take place later this year, and will involve a surviving B.E.2c.

☆ A Supermarine Spitfire has flown for the first time in 70 years after a three-year restoration. NH341 flew 27 missions over June and July 1944 before it was downed near Caen. The French Resistance helped the pilot, Jimmy Jeffrey, to escape the crash site and return to Allied lines. Jeffrey was then able to rejoin his sqaudron, in all nine pilots of the RCAF’s 411 Sqn flew the aircraft during the Normandy Campaign. Following £3m of works, NH341 took off from Duxford and completed a successful test flight with John Romain at the helm on 8 April. Aero Legends spokesman Elliot Styles said Romain described the test flight as “a huge success”, adding “John has got the engineers to make a few adjustments to trim NH341’s ailerons which will improve her stability in flight.

Part of a legendary ‘Bouncing Bomb’ has been uncovered in Kent. EOD teams were rushed to Herne Bay after the Environment Agency found the bomb whilst clearing shingle. Hidden for 74 years, the ‘bomb’ was a dummy used in preparation for the Dam’s Raid. The inert 9,000lb bomb was found on Reculver Beach, one of two locations used for testing the devices, the other being Chesil Beach in Dorset. Lisa Clayton, owner of a cafe hear Herne Bay, said: “We were really surprised - we’ve been here 11 years and never seen a bomb here… There have been other little mine-type things, but nothing like this.” In 1997, ten similar devices were retrieved in the Herne Bay Area. Since then, however, little has been found. Alan Porter, trustee of the Herne Bay seaside museum, explained that the bomb was an ‘Upkeep’ mine, the larger of the Bouncing Bomb prototypes. He hopes the device will remain on the seafront.