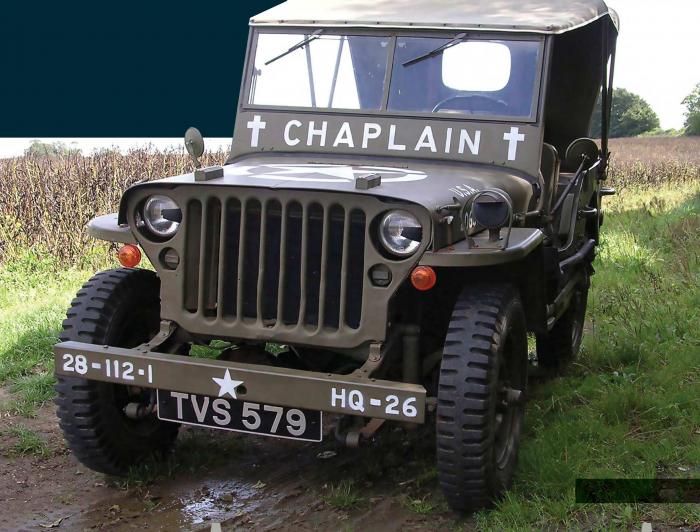 In May 1943 US war correspondent Ernie Pyle published the statement that “There are no atheists in fox holes”. Although variations of this expression had been used previously, he is correct in saying that when in extreme peril many people reflect upon their spiritual existence.

For the maintenance of good morale, the US Army identified the need for one chaplain (or ‘Holy Joe’ as they were commonly nicknamed) for approximately every 1,000 men. The chaplain’s role was diverse but principally in the undertaking of religious services, spiritual ministration as well as providing spiritual, moral and religious guidance.

Perhaps some of their more difficult tasks involved the identification and burial of the dead, corresponding with the families of the deceased and attendance at military executions, all of which required a special set of skills.