Although the Battle of Britain is now said to have started on 10 July 1940, the Luftwaff e was quite active before then, writes Chris Goss. On 1 July 1940, three German aircraft were lost off Middlesbrough, their crews had the dubious honour of being the first PoWs of July 1940.

A Heinkel He 115 seaplane being prepared for flight. (ALL IMAGES VIA AUTHOR) 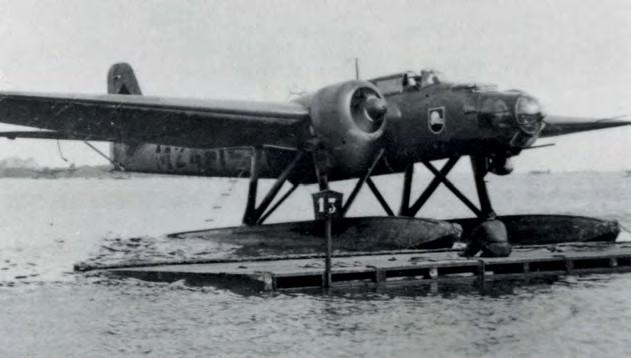 During the night of 30 June 1940, a Heinkel He 115 seaplane of 3 Staffel/Küstenfliegergruppe 106, flown by Oberfeldwebel Rudolf Worms, took off from Borkum, one of a number of aircraft carrying out mine-laying off the British coast. However, at 02:00, one of the engines failed and the pilot ditched 30 miles east of Whitby. The crew – which included Leutnant zur See Gottrfried Schröder and Unteroffizier Siegfried Soest – managed to get into a dinghy and were eventually rescued and landed at Grimsby after being in the leaking craft for 28 hours.