The post-war years must have been interesting times in military engineering circles; lessons from World War Two had to be learned and assimilated and the cold war was offering new challenges as conflicts changed. This book is evidence of that; the 1950s-designed, M50 Ontos and the US Army’s M56 Scorpion were designed as fast, lightweight, air-droppable tank-killers for the cold war battlefield. They were seen as a progression from the cumbersome World War Two-vintage tanks that had been taken to into action in the Korean War.

Although they shared the aim of bringing light, mobile and lethal anti-tank firepower to the infantry, the two vehicles varied in design to make them suitable for bespoke roles. The machines first saw service during the Lebanon ‘intervention’ of 1958 but it was a decade later during the Vietnam War that the machines were battle proven, when the M50 Ontos saw combat during the Battle of Hue in 1968. Numerous black and white archive photos, detailed illustrations and in depth analysis from author Kenneth W Estes, a 1969 naval academy graduate who served with the USMC until 1993, provide a comprehensive history of these unusual vehicles, from their early development to the disbandment of the USMC’s last anti-tank battalion with M50A1s in 1971. 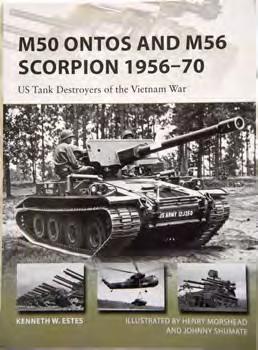 The Iran-Iraq War was one of the bloodiest conflicts of the 20th century and started in September 1980, when Iraq invaded Iran. It lasted until August 1988, thus making it the longest conventional conflict in the post-World War Two era.

The first volume in a Middle East at War series deals with the Battle for Khuzestan, of September 1980 - May 1982. It looks at the background to the conflict and describes, in considerable detail, how Saddam Hussein decided to invade, yet restrict the Iraqi Army’s notable success to a narrow strip of territory in the southern Iranian province of Khuzestan.

This left the Iraqis unable to either advance or withdraw so exposed them to numerous and successful Iranian counter-strokes which drove them out following the ferocious Battle of Khorramshahr in May 1982.

This book is useful in providing a unique insight into a war which began through miscalculation and rapidly escalated. It uses detailed military history compiled from material from both sides, as well as information from US intelligence circles and British government archives.

Maps, illustrations and 120 photos offer a comprehensive visual account of the conflict. As well as planes and helicopters, from a military vehicle point of view, there are photos of a mixture of American, British and US vehicles and armour ranging from T55s and Chieftains to M151 Mutts and BDRM-2s. Most interestingly there are pictures of Iranian Army Quads towing 25-pdrs and a photograph of what I believe to be an Iranian-built Shahbaz CJ Jeep mounting a 106mm recoilless rifle.

It’s a more interesting and authoritative book than might be imagined and well worth a read. 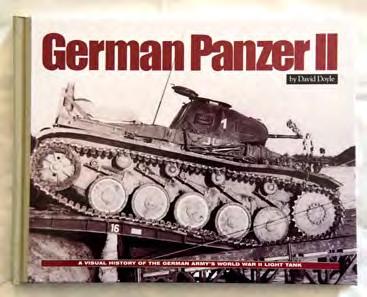 It may just be a perception rather than a truth but, when flicking through books about the German Army in World War Two, there seem to be two distinct moods evident.

In the early days of the war there’s always pictures of grinning soldiers and tank crews as the panzers and motorcycles ride across France and Russia on summer days.

Photographs from later in the conflict taken after the tide of war had turned, show fewer grins and more weary-looking blokes in less pristine kit. This book about the German Panzerkampfwagen II does nothing to disabuse this perception; some of the photos of the tank crews with the variants of the PzKpfw II (which was subsequently largely superseded by the bigger Panzer models) from 1940 and 1941 could almost be holiday photos taken before the Blitzkrieg turned sour.

That in itself makes it interesting, as does the fact that the Panzer II was designed and initially produced under the code name of 100-horsepower Farm Tractor, owing to the restrictions of the Treaty of Versailles and went on to play a key role in the early victories achieved by the Blitzkrieg. Almost 200 wartime photographs with detailed captions make this a book to treasure. 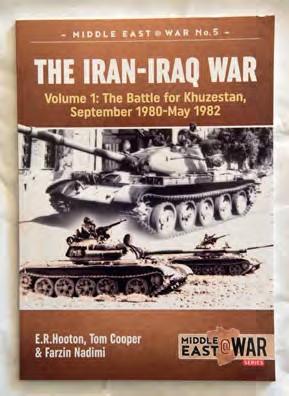 This is a predominantly photographic record of the Maxxpro Mine Resistant Ambush Protected (MRAP) vehicles compiled from approximately 250 period US Defense Department images of the vehicles in use. The back story is that, from its introduction in 2007, the International Harvester Navistar MaxxPro evolved to meet the demands of US military personnel in facing the effects of improvised explosive devices on vehicles in during operations in Iraq and Afghanistan. Based on International Harvester-manufactured commercial trucks, the range of MaxxPro MRAP variants grew to encompass the M1224; M1224A1; M1234; M1235 and the M1249 wrecker and, by 2015, nearly 9,000 MaxxPro MRAP variants had been in service with 16 nations in addition to the United States.

This book - more photo album than history book - arranged chronologically, traces the origins of the MaxxPro from its unveiling in 2006 through its varied military career in Iraq and Afghanistan as well as training areas through comprehensively captioned fullpage colour photographs. 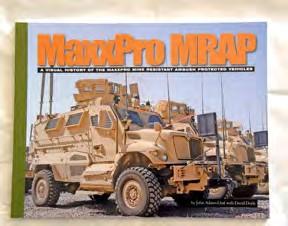