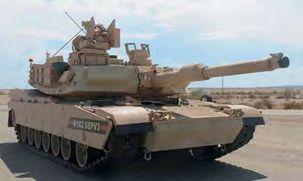 The first six initial production vehicles of the M1A2 Abrams Main Battle Tank System Enhancement Package Version 3 (SEPv3) have been rolled out for the first time after delivery to the US Army. Production for the M1A2 SEPv3 is being conducted at the Joint Systems Manufacturing Center (JSMC) in Lima, Ohio and at the Anniston Army Depot in Anniston, Alabama.

An ammunition data link for programming the M829A4 advanced kinetic energy and advanced multi-purpose rounds has also been added, as well as a quiet auxiliary power unit to operate on-board systems during silent watch operations, and armour upgrades. Over time, the SEPv3s will replace the M1A2 SEPv2, which have been in production since 2005. 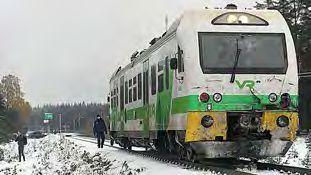 Four people were killed and 11 hospitalised after a train crashed into a military vehicle in the southern part of Finland.

Three of those killed were in the military vehicle, with a total of eight military conscripts involved in the crash. The FNB news agency reports that the fourth victim was on the train, which is understood to have had 10 passengers on board. The collision occurred at a level crossing in the southern coastal city of Raseborg, about 85km southwest of Helsinki 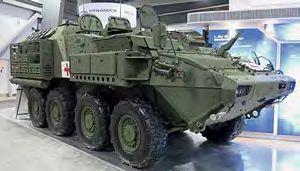 At a military conference in London on November 1, General Dynamics Land Systems Canada showcased their two new combat support vehicles; an ambulance, and a maintenance and recovery vehicle.