IN EARLY 1943, PLUCKED FROM THE ‘CHAOS’ CAUSED BY THE CAPTURE OF DAVID STIRLING, THE SBS WAS FORMED AS A UNIT IN ITS OWN RIGHT. GAVIN MORTIMER TELLS THE STORY OF THEIR ORIGIN AND OF THEIR FIRST TWO OPERATIONS. 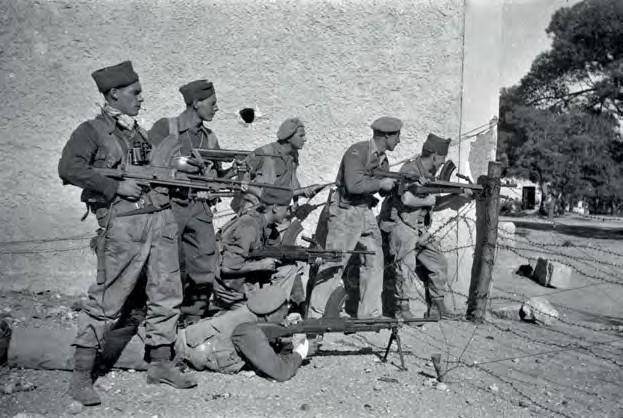 This staged shot, taken in Greece, nonetheless gives an indication of typical SBS firepower - four Bren Guns, one Thompson, one MP40, and a M1 Carbine.
(ALL IMAGES VIA AUTHOR) 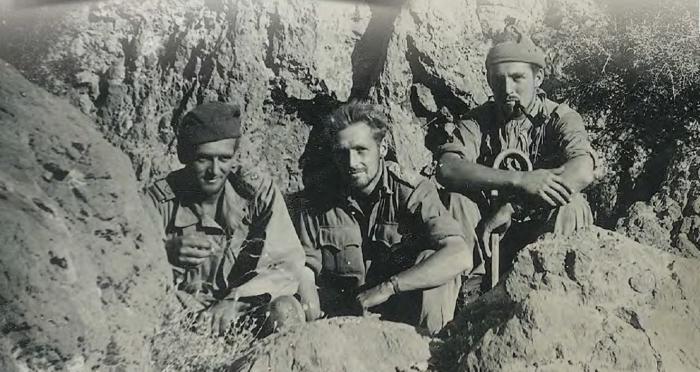 Anders Lassen, David Sutherland and Ken Lamonby on the Crete raid. Not long after this photo was taken, Lamonby was killed in a firefight with a German patrol.

German Field Marshal, Erwin Rommel, was delighted when the report reached him on 24 January 1943. The Commander of Germany’s Afrika Korps was in dire need of some positive news after the retreat of his forces in the face of the Allied offensive from El Alamein the previous October, and the capture of David Stirling of the Special Air Service [SAS] was a feather in his desert cap. “Thus, the British lost the very able and adaptable commander of the desert group which had caused us more damage than any other British unit of equal strength”, wrote Rommel.