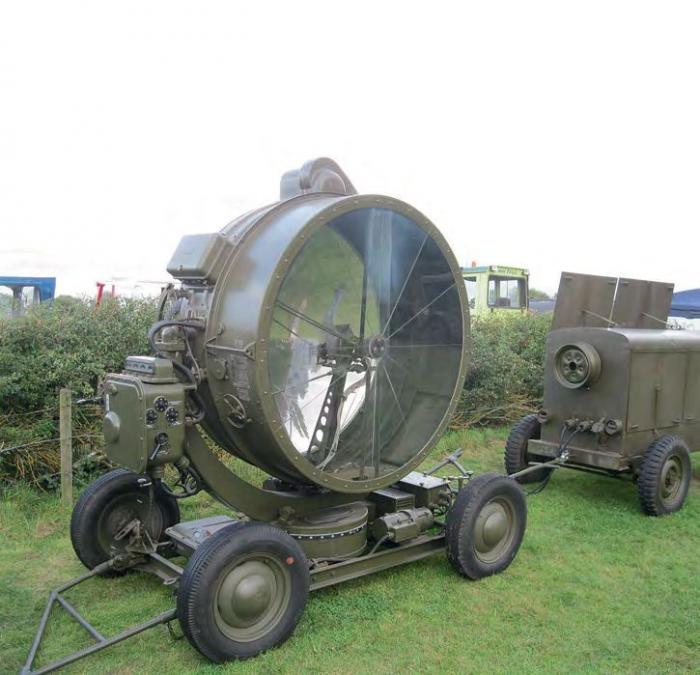 This 1944 60in General Electric searchlight and generator was spotted at the Collingham Show in September. It’s a rare beast, believed to be the only working example in Europe after its recent restoration by David Willey and Steve Smith with help from Chris Steeples.

These military searchlights were made from 1932-1944 by Sperry and General Electric at a cost of $60,000 each, giving a power of 800million candles via a one-inch carbon arc, with an effective beam length of 5.6miles visible around 30miles. The glass weighs 75lbs and the mirrors 180lbs. Combined with its trailer it’s around three tons.

The generator is powered by an inline six-cylinder ‘Hercules’ flathead engine, 15KWV nominal, burning gasoline although it can run on gasohol or kerosene, with a 26-gallon capacity, consuming 2.6 gallons per hour when running.