THE STORMING OF MONT ECASSINO

SOME OF THE HARDEST FIGHTING OF THE SECOND WORLD WAR RESULTED ONLY IN VICIOUS STALEMATE AT MONTE CASSINO. RICHARD DOHERTY EXAMINES HOW XIII CORPS HELPED BREAK THE DEADLOCK WITH A FOURTH MAJOR ATTACK ON THE HILLTOP ABBEY FORTRESS IN 1944. 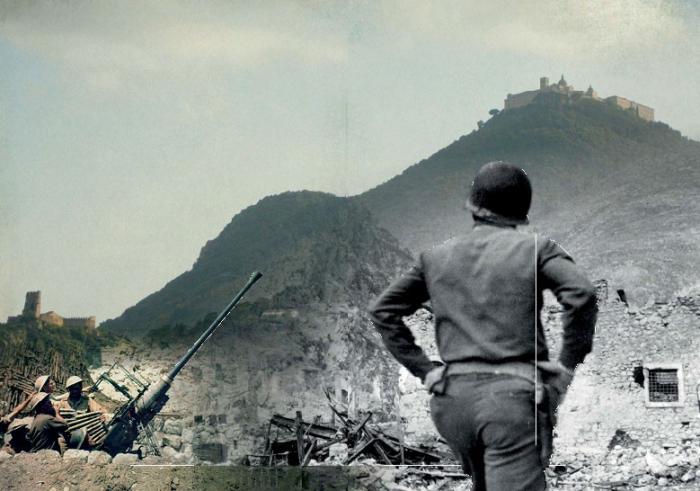 BELOW LEFT A British 40mm Bofors gun and crew firing on the mountain.
(TOPFOTO)

By 21 March 1944, it was clear that the US Fifth Army’s attacks on the Gustav Line in Italy had failed. General Harold Alexander, Commander-in-Chief AAI (Allied Armies in Italy) – soon renamed 15th Army Group – halted operations while plans for a fourth assault were prepared. Much groundwork for this, Operation Diadem, was carried out by a team under Alexander’s chief of staff, Lieutenant-General Allan F ‘John’ Harding, a gifted fighting general and staff officer. The operation would include both of the 15th Army Group’s component armies, the US Fifth and British Eighth, with a coalition of other Allied nations under command.