For 1,508 days, British forces in the Aden Protectorate battled to keep order in the last British Middle Eastern possession, among the last true bastions of Empire East of Suez. Here, 50 years on from the withdrawal, John Ash presents accounts from the battle against the insurgency. 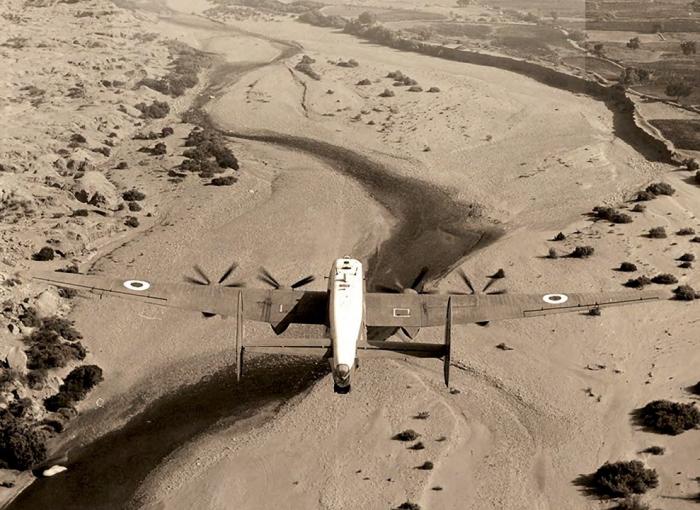 In a shot which perfectly portrays the varied and rugged landscope of Aden’s hinterland, a versitle Shackleton MR 2C passes low over the Federation. (ALL IMAGES BRITAIN AT WAR ARCHIVE/KEY COLLECTION UNLESS OTHERWISE STATED.)

Established in defiance of local leaders as a Crown Colony in the 1930s, the British holding in Aden, a small territory in what is today Yemen, had long been of significance to the expansion of the Empire. British shipping had called there since 1609 and from 1839 Aden Settlement became a province of British India. Aden’s commanding position in the Red Sea and its equidistance from India, Zanzibar, and later the Suez Canal meant it had been a useful base for trade and in the battle against piracy.