An Australian Festival of Armour 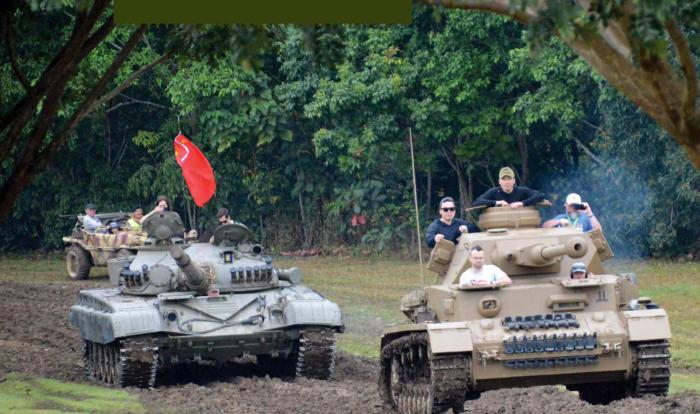 Some say that Disneyland is the happiest place on Earth. Well, folks, I beg to differ. For me, it is the ‘Magic Kingdom’ in Cairns, Australia and it echoed with the howling whine of diesel engines, the heavy metallic clatter of tracks and plumes of light blue exhaust smoke hanging in the air.

This year’s three-day AusArmourfest held in August was in full swing when I arrived and visitors were greeted with a metal sensory overload with multiple mobile displays carving up the course… and I do mean carving.

The rain gods had seen fit to offer some light showers, which instantly turned the large figure-eight course into a muddy quagmire. What’s better than seeing a historic armoured vehicle manoeuvring along a dry track at speed? That’s an easy one. Seeing a restored historic armoured vehicle sending rooster tails of mud skyward as its massive tracks ploughed up the paddock to the delight of spectators and of course, the fans that purchased a ticket to ride the iron giants.