The despatch rider or Dog Roger, in the phonetic alphabet of the time, was a crucial part of the British Army during World War Two 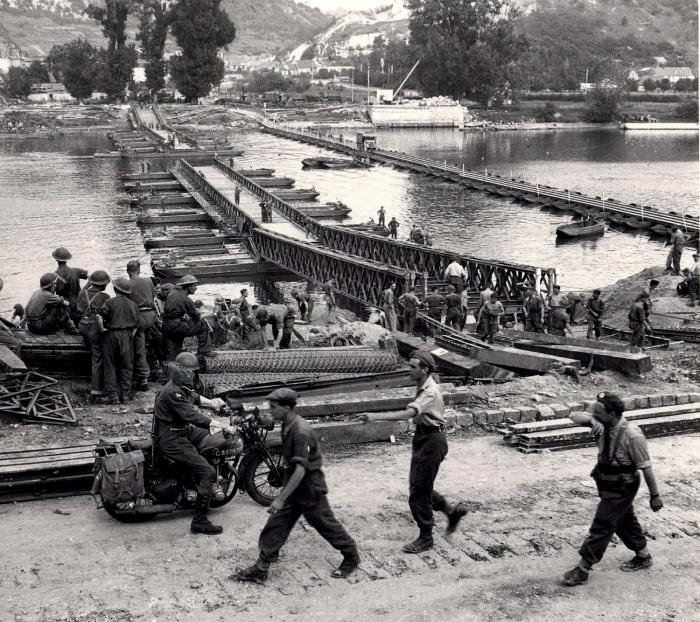 A Despatch Rider on a Triumph 3HW 350cc OHV single near a Bailey Bridge under construction over the River Seine at Vernon on August 28, 1944

If World War One saw the very dawn of mechanised warfare, World War Two, with its blitzkriegs, massive tank battles on the Russian steppes, and vast seaborne invasions culminating in D-Day, brought it to full fruition.

Motorcycles played their part. Their primary World War One function as messengers had been mainly usurped by improved wireless communications. But the troops’ portable radios were always unreliable, especially, as at Arnhem, in wooded terrain, and radio telephone (R/T) lines were vulnerable to shelling and bombing. So along with convoy duties for motorcycle outriders, there were often still despatches to be delivered in war zones.