Nigel Hay reports on who’s selling what this month

The military vehicle market has been busy this month with lots of very quick sales reported both at home and abroad.

We did however hear comments from British enthusiasts who crossed the channel for April’s Ciney fair in Belgium that there was much less vehicle-related material to buy.

We have had plenty of interesting vehicles and spare parts coming up for sale, though not as many Jeeps as we would normally expect at this time of year. M38s are not common in Europe but we had a very nice one offered in Belgium for €21,000. This month’s highest priced Hotchkiss was £18,000, topping the Ford GPW at £16,500. Project Jeeps are less frequent these days, we often bemoan there are no more coming out of the French army or Gendarmerie and it is even rarer to find one untouched in the UK. A Ford GPW apparently with a bullet hole from its service and pretty original, in daily use, came onto the market needing restoration but its seller says “priced to sell” and should be snapped up.

A Bedford OY, reasonably complete but needing restoration for £3,000 seemed a realistic price, based on our impression from the rather poor photo. At €8,500 a lovely early-1941 Chevrolet G506 Cargo with early civilian style dashboard from Etienne Wildenberg’s private collection is a fairly easy project for its new owner.

Airborne Garage in Holland always turn up some quality vehicles and currently offer a large stable including a 1938 Hanomag Leichter Einheits PKW, an early model with four-wheel steering. They describe it as a nice example of the well thought-out German World War Two engineering. Also in their line-up is a very nice and rare 1938 air cooled Stoewer Greif. Used by the Wehrmacht it was left behind in Belgium in 1944. After the war it was used until 1949 and then parked up in a barn – that same owner kept it until 2014.

German vehicles like this have a specialist, if limited, mainstream market, but in this condition, they are way above the value of equivalent Allied soft skins. After May 8, 1945 there was a deliberate destruction of what was left of the Nazi army vehicles and equipment to prevent a resurgence of hostilities. Coupled, of course, with the race by the Allies to grab hold of all ‘interesting’ technology – and this wasn’t just limited to V2 rockets.

With the high price of tracked World War Two armour, it is no surprise that spare parts, especially engines and tracks, have risen dramatically in price in recent years. Currently we have a pair of Hellcat tracks, unused at £15,000 and a pair of worn Chaffee tracks at £6,000. A set of M4 Sherman rubber tracks at £11,000 compares well with Joop Staman’s newly-manufactured rubber Sherman tracks which are naturally rather more expensive.

However they are significantly better than the originals in terms of wear and performance.

Good news for Norton 16H owners. BSA M20 specialist Stuart Bray has just acquired a decent quantity of Norton 16H parts and accessories, new and used. We have had several Welbikes sold recently, but not all like this month’s offering of an 1943 Excelsior Welbike at £8,250 with the all important correct Villiers XXE engine – the wrong engine seriously lowers the value. Our first Harley-Davidson MT350 for some time came onto the market for £2,250. MT350 and MT500 parts specialist Force Motorcycles tell us that all the surviving MT350s are now in private hands.

Catawki Auctions in Holland are now holding regular online military auctions offering a variety of collectors’ military vehicles from across Europe. These sales always finish on Fridays and can be seen on the Milweb.net auction feed and auctioneer Jeff Browning will be coming over to the War and Peace Show to represent Catawki and meet some of their buyers and sellers.

The military vehicle hobby has grown enormously in the past 10 years, with the living history and vintage lifestyle bubbling alongside it, resulting in a much wider scope of business for the ‘trade’. Long gone are the days when stalls at shows were either vehicle parts, militaria or army surplus. Today we see a much more diverse range of stalls, even at small events. Much of this is due to the War and Peace effect, which will be even more visible when it returns to the Hop Farm this July – see you all there! 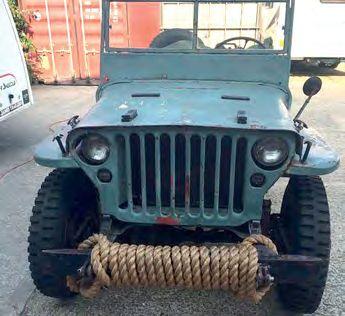 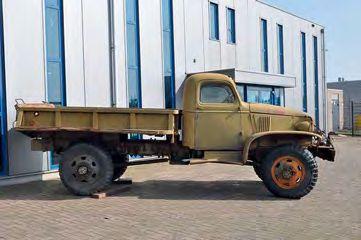 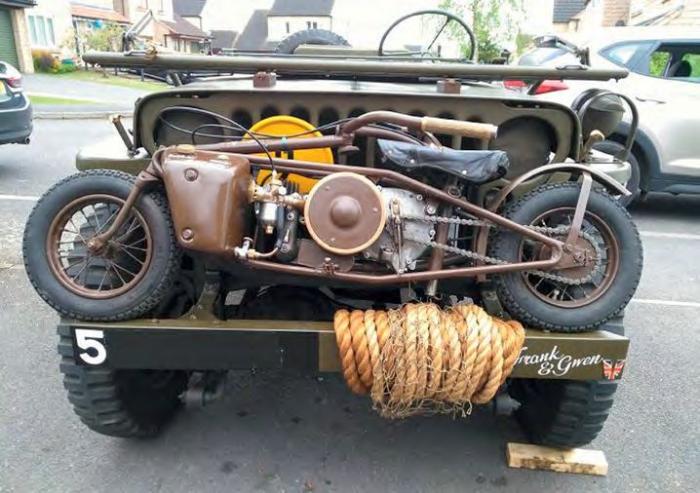 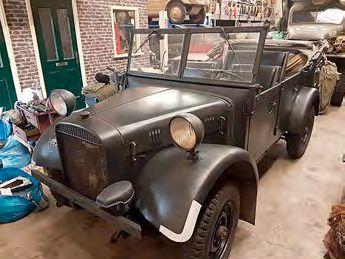 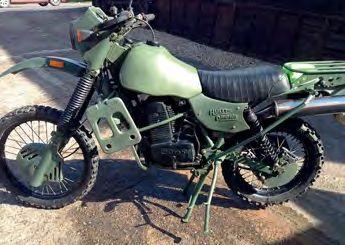