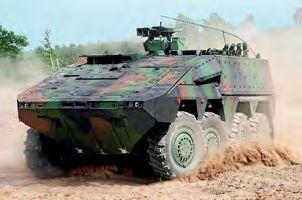 German company Rheinmetall has unveiled a new military vehicle touted as the answer to the British Army’s needs. The company recently showcased its ‘Boxer’ armoured vehicles at a huge defence show and is flagging its UK credentials as it steps up its campaign to win a £3bn deal to equip the British military.

The army is keen to replace its ageing wheeled armoured vehicles with more capable ones to equip new strike brigades, part of Britain’s new military strategy.

Generals want eight-wheeled Military Infantry Vehicles (MIVs) in service quickly and sources say that a contract for between 500 and 800 of the vehicles could be tendered by the end of the year. Built by a consortium headed by Germany’s Rheinmetall, Boxer is seen by senior military commanders as a leading contender for any contract. However, last year it was the source of controversy with rival manufacturers claiming Rheinmetall was in the process of being handed the work without a competition.

Competitors like General Dynamics, Lockheed Martin and France’s Nexter, claim the Boxer was twice the price of their products and would have little manufacturing footprint in the UK, but sources suggest the need is so great that the contract could still go to a single supplier to speed up roll out of MIVs 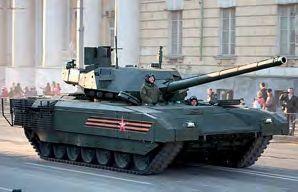 Army and industry weapons developers have begun work on an advanced next-generation Abrams tank specifically engineered with new weapons, ammunition, laser-spotters and advanced thermal sights with a view to being able to outrange, outgun and outmatch the most modern Russian and Chinese tanks.

Advanced networking technology with new, next-generation sights, sensors, targeting systems and digital networking - are all key elements of an ongoing upgrade to position the platform to, if needed, successfully engage in combat against rapidly emerging threats, such as the prospect of confronting a Russian T-14 Armata or Chinese 3rd generation Type 99 tank.