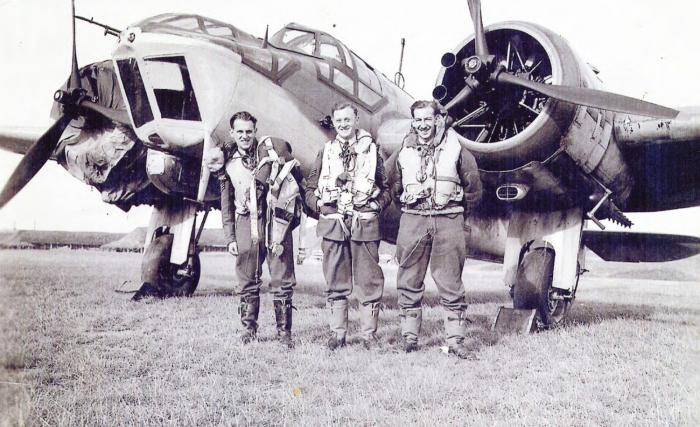 The crew of Blenheim R3843, WV – F, of 18 Squadron who dropped Bader’s spare leg by parachute on 19 August 1941. L to R: Sgt J M Nickleson RCAF (pilot), Sgt W Meadows (observer) and Sgt J Pearson (air gunner). All three were lost in this aircraft during an attack on shipping off Zandvoort on 20 September 1941.

When Wing Commander Douglas Bader was downed over France on 9 August 1941 he lost one of his artificial legs as he abandoned his Spitfire and descended by parachute. To aid the welfare of their famous prisoner, the Germans signalled the RAF that an aircraft delivering a spare leg would be granted safe passage. In the event, a spare leg was later dropped during a bombing raid as Andy Saunders explains.