The Battle of Kursk, described in CMV 192 by James Kinnear, stretched over a front of 300km, encompassing many thousands of square kilometres of the Kurskaya salient, with around 3,500 tanks taking part over the course of many weeks in the summer of 1943. These are the numbers quoted in the local museum but may not, of course, be accurate. The claims of ‘the biggest ever tank battle’, centres on the Battle of Prokhorovka, a village south of Kursk. Despite there being no consensus on the number of tanks involved here, with estimates ranging from 980- 1500, there is agreement that this battle, while a material defeat for the Soviets, contributed significantly to the eventual failure of Germany’s Citadel offensive and consequently has attracted a high historic profile. A recent article by Robert Beckhusen casts doubt over popular understanding that this was the biggest ever tank battle. Since having access to Soviet records at the end of the Cold War, academics and historians have increasingly challenged the belief that Prokhorovka was the biggest ‘conflagration of flesh and metal’ as Beckhusen puts it. He claims there is a strong case that the largest tank battle took place two years earlier.

According to both David Glantz, historian of the Eastern Front and Soviet military, and Valeriy Zamulin, a Russian military historian and ex-staff of the Prokhorovka State Battlefield Museum, the title of ‘biggest ever’ belongs to Brody.

The Battle of Brody is little known, but occurred over the course of just over a week beginning on June 22, 1941 and concluding on June 30 in far western Ukraine, after Nazi Germany invaded the Soviet Union. While sources are confusing, Beckhusen claims that of the 5,000 soviet tanks, 2,648 were taken out, and around 100 of Germany’s 1st Panzer force of 1,000 were also immobilised. This is down to the speed and coordination of the Panzer units, German logistical organisation and aerial support as well as Soviet shortages of fuel and ammunition. 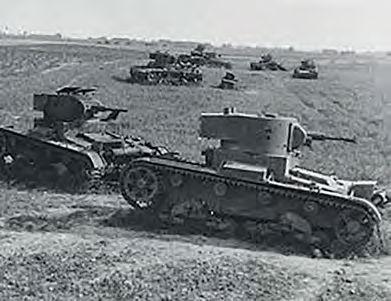 Archive images showing the aftermath of the Battle of Brody 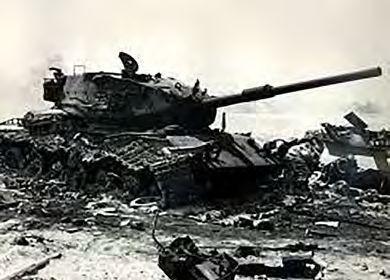 The numbers involved in the Kursk battle are highly subjective as much depends on how wide the net is cast geographically. Brody, and other defensive battles in the summer and early autumn of 1941 certainly involved huge numbers of armour.

Red Army losses were astronomical, and as all did not end well for the Red Army these battles have been glossed over to some extent. As the old saying goes, those that win the wars write the history and perhaps, with the inherent confusion that goes with war, as well as administrative records either not being maintained, retained or available, we may never know which tank battle can truly claim the title of ‘the biggest’.